The Evolution Of Diamond Cutting

The evolution of the archetypal ‘round brilliant cut’ as we know it today, starts with the basic form of a rough diamond- the octahedron. As diamonds are the hardest material on earth, it was only in the 13th century that it was realised that diamonds could be cleaved or cut to improve the optical effect that we have come to know so well now.

The first cut that we know of was called the ‘point cut’, which is where the flat surfaces at slight angles to the natural octahedron crystal were polished. 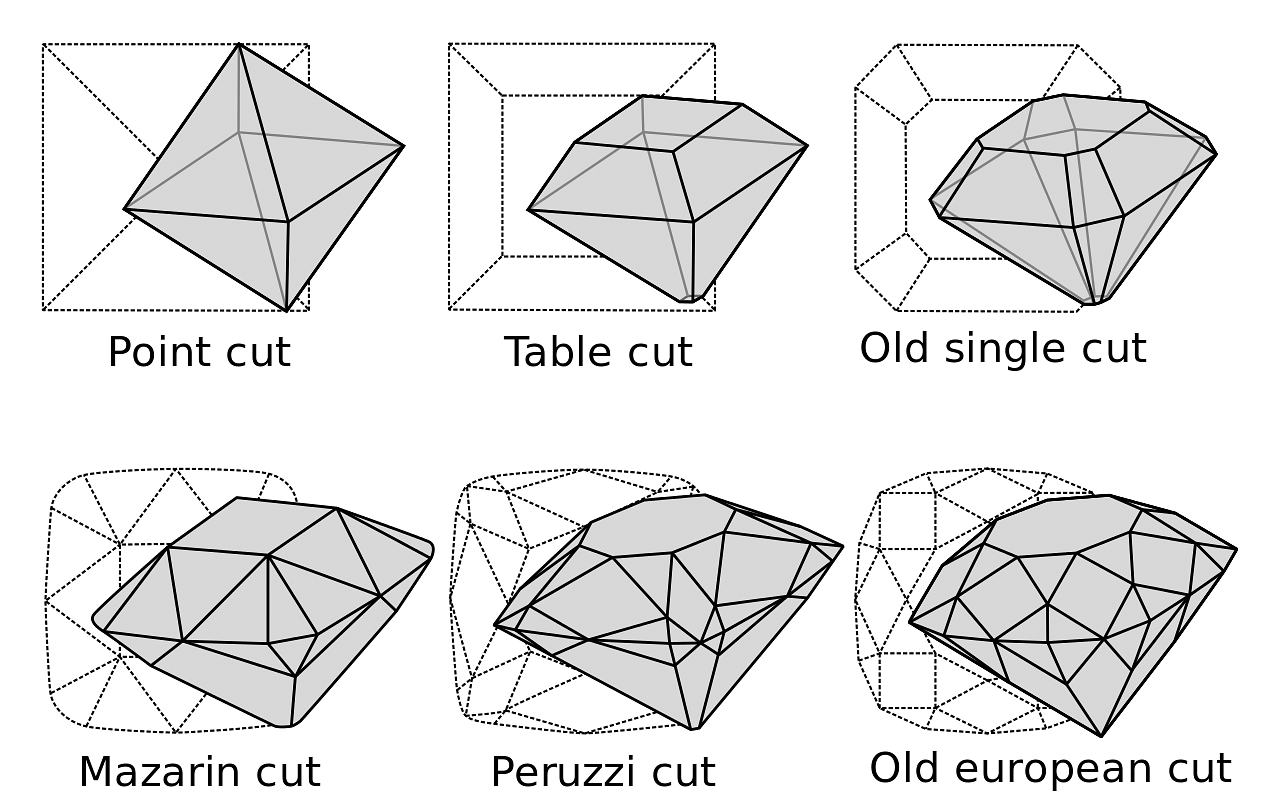 The Beginning of ‘Brilliant’

In the 1400’s, the ‘table cut’ was developed where the top of the octahedral crystal was cleaved away, in doing so leaving behind a large ‘table’ facet at the top. It wasn’t until the 15th century when a cutting wheel was being used to technically improve the facted cuts. New facets were being cut to optically enhance the table cut.

From having this tool, the ‘single cut’ was born in the 16th century, which was the first main predecessor of the modern round brilliant cut. This diamond cut had 18 facets, including the flat culet at the bottom. Which was a major upgrade on the ‘table cut’ having a multi-cornered table. This cut is still used now for accent stones which are too small to have the full brilliant cut. This then transformed over time into various cuts named after their inventors who realised that by adding facets they could increase the optical effect and light performance. 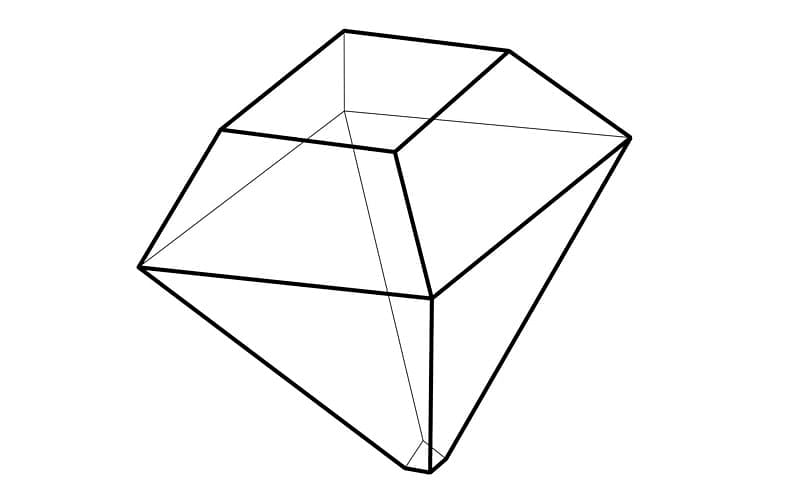 Towards the end of the 18th century, during the Georgian period, the rose cut was developed. This is a diamond cut with a flat base and facets that rise up to meet at a point in the centre. These can either have six facets or like older stones have a less structured look which generally at the time could be any shape, generally not round. If they are round they will be more modern cuts, cut with modern tools. 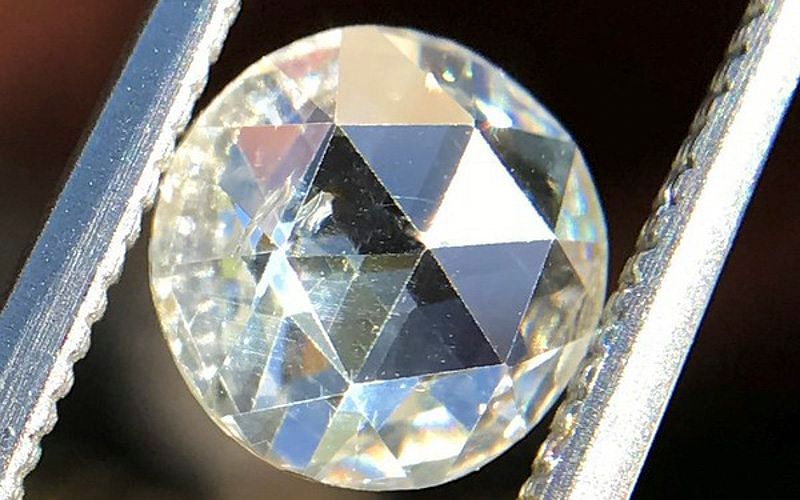 Around the same time, the single cut was advanced into the most used cut throughout Georgian and Victorian jewellery, the ‘Old Mine Cut’. This was still cut by hand on the polishing wheel, all faceted by eye. This made every single stone unique with no strict angles, you could go so far as to say each stone had its own personality. The shape follows the natural shape of the octahedron with a square outline to retain as much weight from the rough stone (the modern cushion cut is the closest example to this antique stone.) The ‘Old Mine Cut’ had a small table and a large culet, which gives the cut a soft and glamorous feel, with long flashes of colour due to the larger facet sizes. 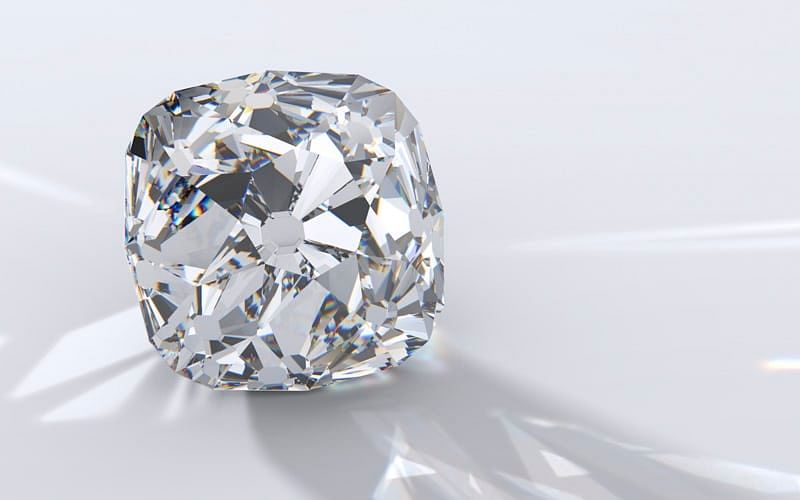 This evolved into the ‘Old European Cut’, when the steam and then power driven bruting machine was introduced. This made it possible to apply greater precision to round the shape of the stone to be less square; also to modify the cut slightly to improve scintillation (sparkle). The ‘Old European Cut’ is the closest stone to the modern round Brilliant cut. It has a round shape with a smaller table a higher crown and a flat culet. Like the ‘Old Mine Cut’, the facets were still cut by eye, so the facets are larger which shows longer flashes of colour rather than the short sharp flashes of the modern round brilliant. Some might say these stones are full of character as you will never see the same exact stone cut twice. 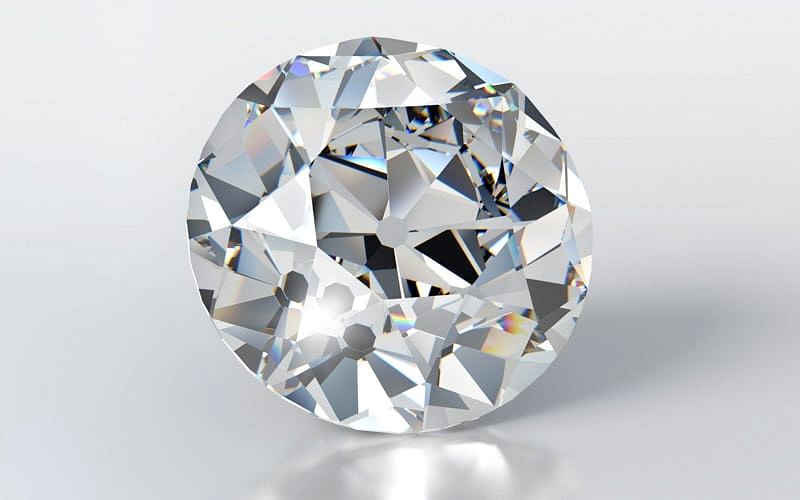 The modern brilliant cut was first realised in 1919 by Tolkowsky, who through the use of Mathematics, developed the first ‘Ideal’ cut by working out the optimum angles of refraction. These brilliant cuts were so named from the outstanding scintillation and ‘brilliance’ that these modern cuts displayed. 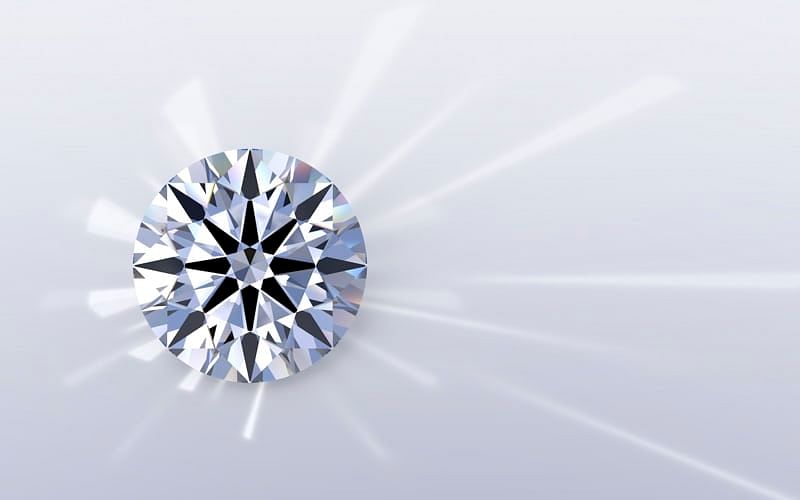 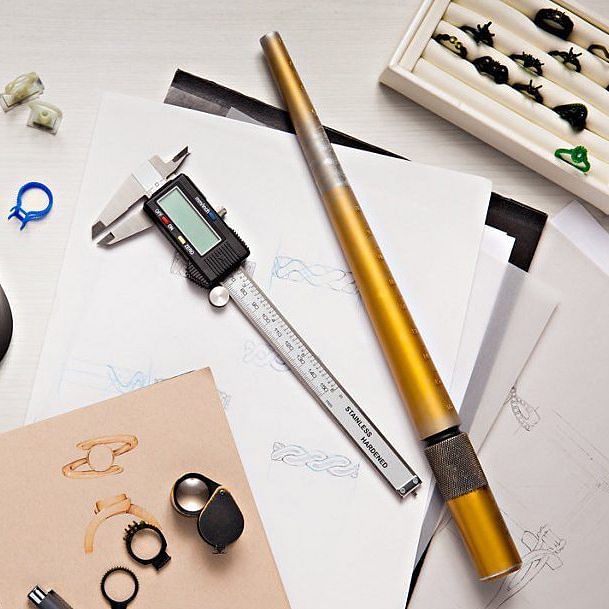 How much does it cost?

Discover how our rings are more bespoke, use higher spec diamonds... but for a lower price 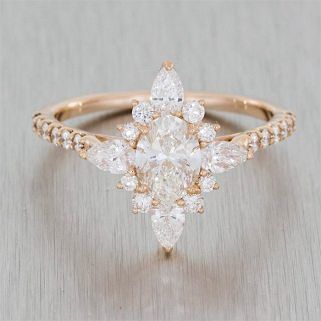 Get inspired by our past work and design concepts - all designed from scratch. 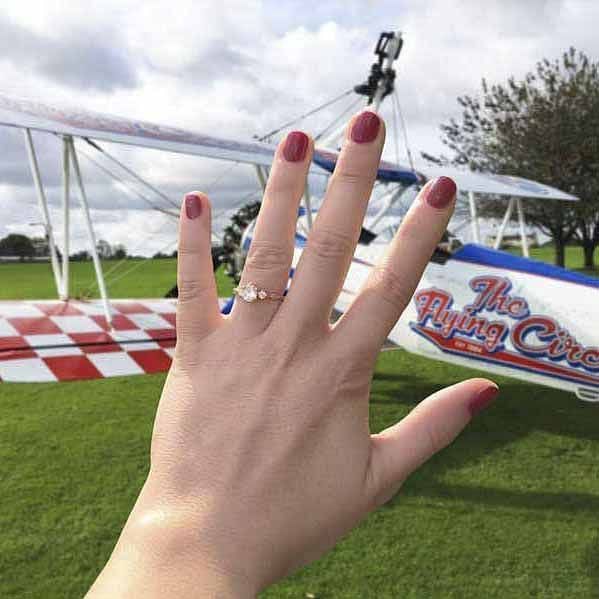 “They created magic from just one photo. An utterly unique design.”

“Fantastic service from Natalie from the initial design consultation to receiving our amazing ring at the end of the process.”

“A big thank you to all at Durham Rose and I look forward to future business, designing a wedding band that will complement such a beautiful engagement ring”

“We wouldn’t hesitate to recommend Durham Rose, especially Melissa, to everyone we know.”

“What Faye designed was nothing short of spectacular. The design truly did capture everything I wanted.”

Get in touch with one
of our incredible designers

Our team and their wealth of experience will seamlessly guide you through the design process and create a unique, one off timeless piece of jewelery.

Get in touch with one of our incredible designers

Our team and their wealth of experience will seamlessly guide you through the design process and create a unique, one off timeless piece of jewelery.